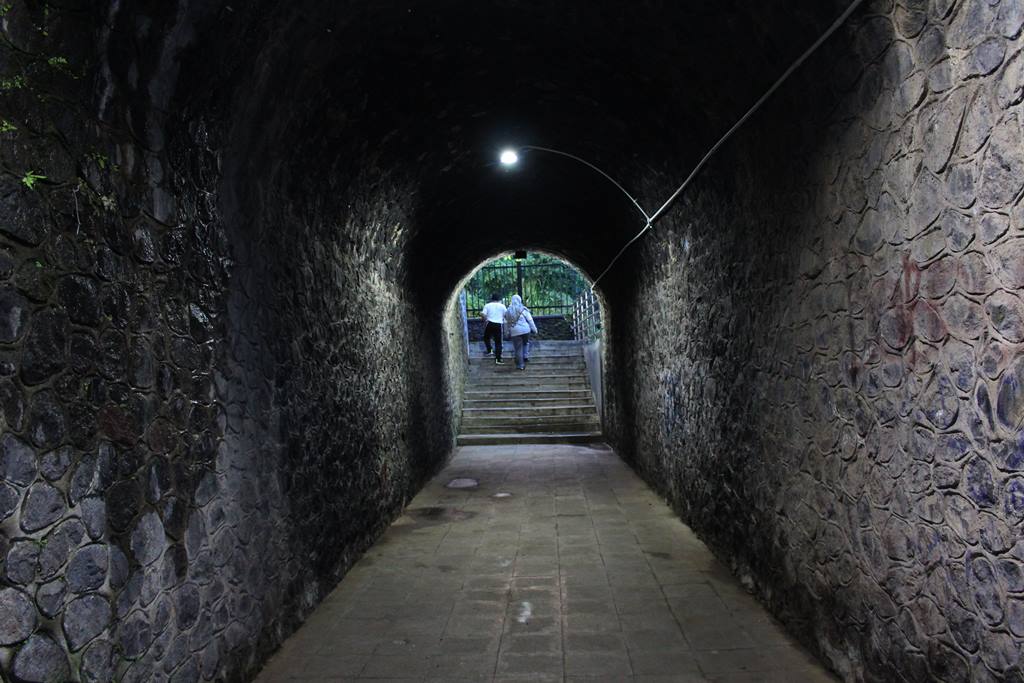 The above photo shows one of historical place in Bogor City, The Sempur Bridge Tunnel or often called Sempur Tunnel.

Short tunnel, indeed. Its length only around 15-20 meters crossing Jalak Harupat Street from South to North. It is situated near the Sempur Bridge, one of the old bridge in the city who is still operative.

The age of the tunnel is still puzzling many people. The reason of that is because no reliable source that could explain when the tunnel was established.

Some said the Dutch Coloniliast was the one who developed it to make a pass for their staffs who lived in Sempur to enter the Lands Platentuin or currently known as Bogor Botanical Garden. Some others mentioned that the Sempur Tunnel was made by Japanese troop during their occupation between 1942-1945.

The tunnel itself has just been renovated after in-operative for quite long time. On the beginning of this year, 2017, the tunnel resume its function at the same time as the completion of renovated Botanical Garden new sidewalk area.

The same thing has immediately obtained by the tunnel as well as the sidewalk. Both have become one of new favorite places for selfie or visitors to take memento during their time in Bogor.

One of the place, you may want to see.. if you come to my hometown, of course.