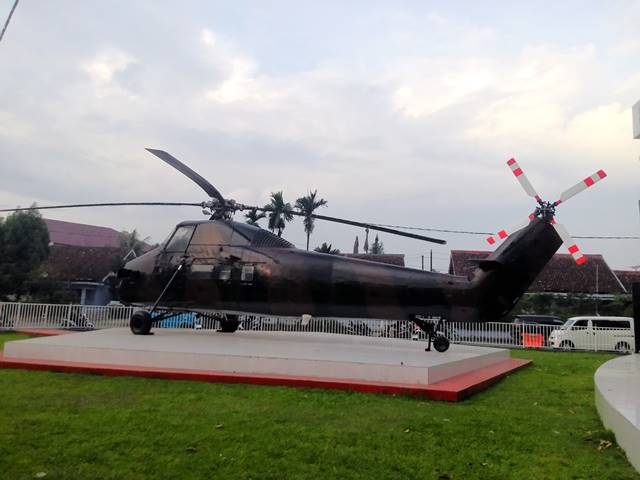 The monument of Sikorsky H34 or S-58 Choctaw can be seen when you take a trip through Semplak Road where one of Indonesian Airforce Base is located.

The name of the airbase is Atang Sanjaya and it is the place of at least 3 squadron of helicopter resides.

Indonesia gained the helicopter nicknamed “a bat” in Indonesia in 1975 under Defense Liaison Group and operated them until 2010. All helicopters were based on the airbase.

The Sikorsky replaced former Mil Mi-1 Hare as a monument in 2017 after the previous Hare needed to be moved to a museum in Yogyakarta.

Here is the looks of the monument.