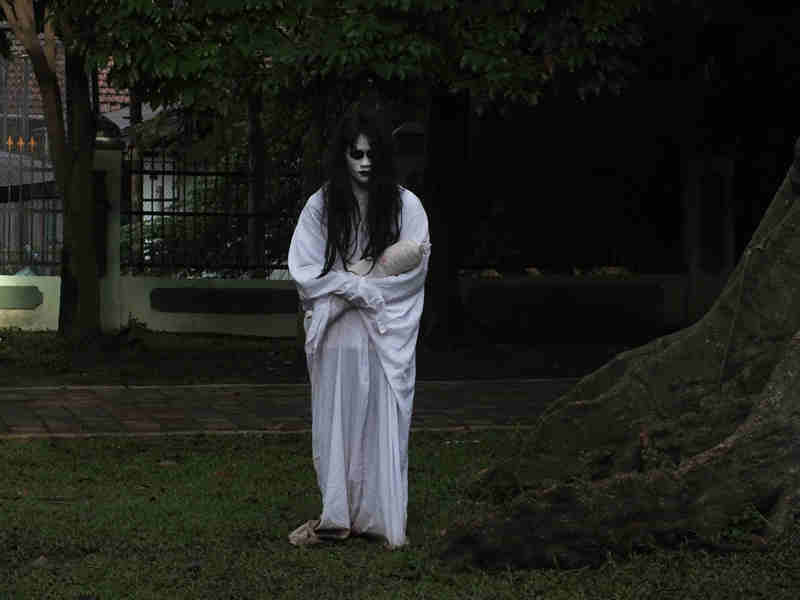 What do you expect when you decide to go to CAR FREE DAY event in your city? Well, many, I guess but I am very certain that you don’t want to see spooky sightings that can give you creeps, especially in the morning.

Nobody would plan to see such things. Car Free Day event is a place where people, who visit the event, want to get fresh air when there is no motorized vehicles allowed to make a cross on specific area in the city.

People come to do exercise, play with family, and some other activities but definitely not to see scary appearance. If they need their adrenaline pumped, then they will watch horror movies or at least the scary movie sequels, not going to Car Free Day.

In my hometown, Bogor City, The Rain City of Indonesia, you may see something that can cause you feel goosebumps tingling down the spine. It may not be exactly the same as the feeling when you see Freddy Krueger, the character on Wes Craven’s Nightmare on Elm Street. However, it may cause your heart pumping faster, at least for a few second.

Just take a look at the “spooky sightings” that I found in the Bogor CFD few weeks ago. What do you think? Quite creepy, aren’t they?

Those people, or artists tried to replicate the looks of Kuntilanak, a lady ghost who was believed to come from a female who died in giving a birth. That’s why they held “a corpse of baby” on their hand.

I am not quite even sure that those people have ever really met Kuntilanak face to face because for sure everybody who ever meets this creature won’t have enough power even to stand. So, probably they copied from common image of Kuntilanak.

Honestly, even though many people knew they were just imitation of scary ghosts and as Car Free Day is in the morning time, some children look to avoid to sit at close range. They were quite frightening, indeed, for some people but for many others, they were attractive. Many of CFD visitors took the opportunity to do selfie or take pictures of those spooky sighting Kuntilanak.

I am included into the last category. My heart was pumping a bit faster but not because I was too afraid. It was more to excitement to meet something interesting for my lens and also an idea for my blog article. Well, do not worry because they didn’t bite like the western “walking dead”, zombie.

Besides, they did nothing and just waited anyone who wanted to selfie near to them, and of course those spooky creatures expected you to put some changes or coins into the box in front of them.

In any case, I am not quite certain about this actually,ghosts need also to earn a living like all of us.